Thought of becoming a Civil Celebrant?

There is some confusion within the celebrant industry with  the terminology used when referring to celebrants. To alleviate this confusion we have simplified the terms below in order that anyone visiting this posting is clear of our interpretation.

● A Funeral Celebrant is a Celebrant that can write and officiate over Funeral Ceremonies, Memorials, Commemorations or other Life Event Ceremonies that are conventionally accepted as dealing with a death or loss.

All the above definitions may also be prefixed with one or more of the following as is your want: Independent, Secular, Humanist, Non-denominational, Spiritual, or Atheist to name but a few. 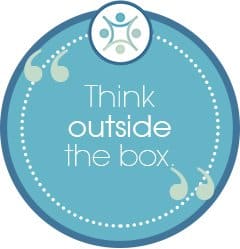 The United Kingdom Society of Celebrants caters predominantly for “Secular Celebrants”, that is to say that religion is of little significance in our training and practice. That said, we have trained many celebrants who come from a wide range of faith backgrounds who have gone on to develop niches in specific ethnic / cultural groups.

All courses have been written by and are delivered by practicing Independent Civil Celebrants with formal teaching experience. We offer three formal courses for prospective celebrants which can be seen here.

So, if you believe you have the basic ingredients to be a celebrant, we can help you mix those ingredients to produce a professional practicing civil celebrant.
This website uses cookies to improve your experience. We'll assume you're ok with this, but you can opt-out if you wish.AcceptReject Read More
Privacy & Cookies Policy