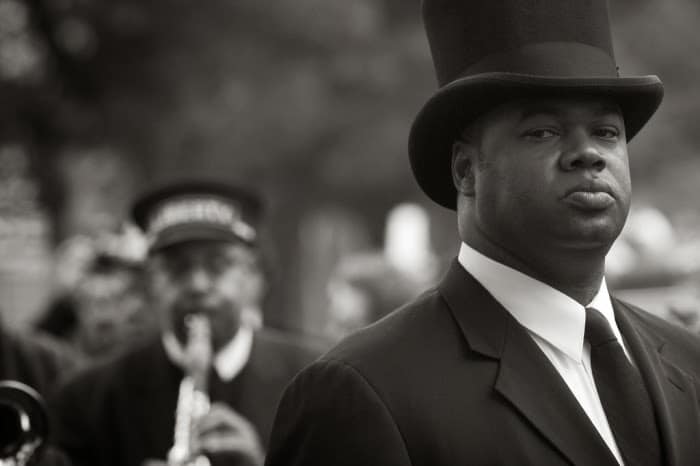 Funeral practices are deeply ingrained in culture and, around the globe, hugely varied traditions reflect a wide spread of beliefs and values. Here, a look at just a few of funeral traditions that might strike someone outside a culture as odd.

It‚’s one of the prototypical images of New Orleans, Louisiana: the boisterous, jazz-tinged funeral procession. Fusing West African, French and African-American traditions, funerals in New Orleans strike a unique balance between joy and grief as mourners are lead by a marching band. The band plays sorrowful dirges at first, but once the body is buried, they shift up tempo. Cathartic dancing is also a part of the event, to commemorate the life of the deceased. 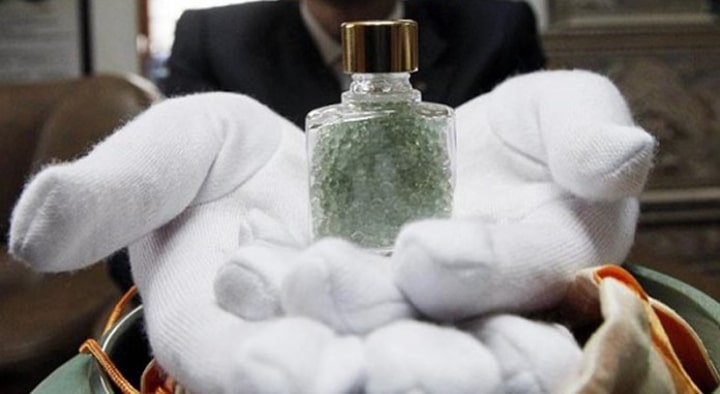 Last year it was reported that there was a growing trend in South Korea, where a law passed in 2000 requires anyone burying a loved one to remove the grave after 60 years. Because of dwindling graveyard space and this resulting law, cremation has become much more popular. But families don‚’t always opt for ashes. Several companies there compress remains into gem-like beads in turquoise, pink or black. These ‚”death beads‚” are then displayed in the home.

Many ethnic groups in the Philippines have unique funeral practices. The Benguet of Northwestern Philippines blindfold their dead and place them next to the main entrance of the house, while their Tinguian neighbours dress the body in their best clothes, sit them on a chair and place a lit cigarette in their lips. The Cavite√±o, who live near Manila, bury their dead in a hollowed-out tree trunk. When someone becomes ill, they select the tree where they will eventually be entombed. Meanwhile, the Apayo, who live in the north, bury their dead under the kitchen.

Sky burial in Mongolia and Tibet. 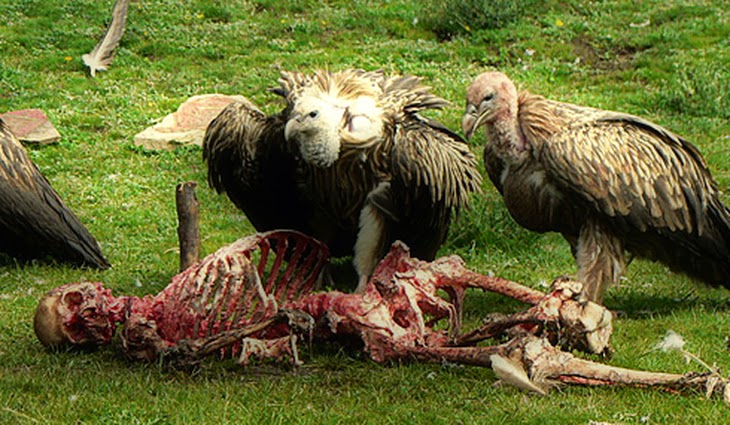 Many Vajrayana Buddhists in Mongolia and Tibet believe in the transmigration of spirits after death ‚- that the soul moves on, while the body becomes an empty vessel. To return it to the earth, the body is chopped into pieces and placed on a mountaintop, which exposes it to the elements ‚Äî including vultures. It‚’s a practice that‚’s been done for thousands of years but, according to a recent report, about 80% of Tibetans still choose it. [The Buddhist Channel]

In the United States, more and more people are opting for environmentally friendly burials. This means skipping embalming processes, mixing traditional concrete vaults and getting biodegradable, woven-willow caskets, which decompose into the ground. The Green Burial Council has approved 40 environmentally friendly cemeteries in the U.S. ‚Äî way up from a decade ago. Another option: becoming a memorial ‚”reef ball.‚” A company called Eternal Reefs compresses remains into a sphere that is attached to a reef in the ocean, providing a habitat for sea life. [Newsweek, Wall Street Journal] 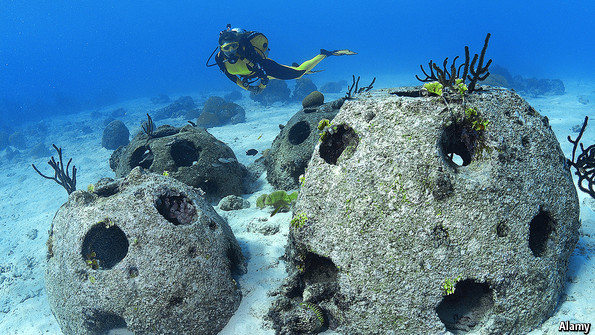 ‚”Strange as it seems, it is in their cremation ceremonies that the Balinese have their greatest fun,‚” Miguel Covarrubias wrote in the 1937 book, Island of Bali. In 2008, the island saw one of its most lavish cremations ever as Agung Suyasa, head of the royal family, was burned along with 68 commoners. Thousands of volunteers gathered to carry a giant bamboo platform, as well as an enormous wooden bull and wooden dragon. After a long procession, Suyasa‚’s body was eventually placed inside the bull and burned as the dragon stood witness. In the Balinese tradition, cremation releases the soul so it is free to inhabit a new body ‚Äî and doing this is considered a sacred duty. [The New York Times]

The turning of the bones in Madagascar.

The Malagasy people of Madagascar have a famous ritual called ‚”famadihana‚” or ‚”the turning of the bones.‚” Once every five or seven years, a family has a celebration at its ancestral crypt where the bodies, wrapped in cloth, are exhumed and sprayed with wine or perfume. As a band plays at the lively event, family members dance with the bodies. For some, it‚’s a chance to pass family news to the deceased and ask for their blessings ‚Äî for others, it‚’s a time to remember and tell stories of the dead.

When a loved one dies in Aboriginal society in Australia‚’s Northern Territory, elaborate rituals begin. First, a smoking ceremony is held in the loved one‚’s living area to drive away their spirit. Next a feast is held, with mourners painted ochre as they partake in food and dance. The body is traditionally placed atop a platform and covered in leaves as it is left to decompose. It has been reported that in some traditions, fluids from the platform can help identify the deceased‚’s killer. 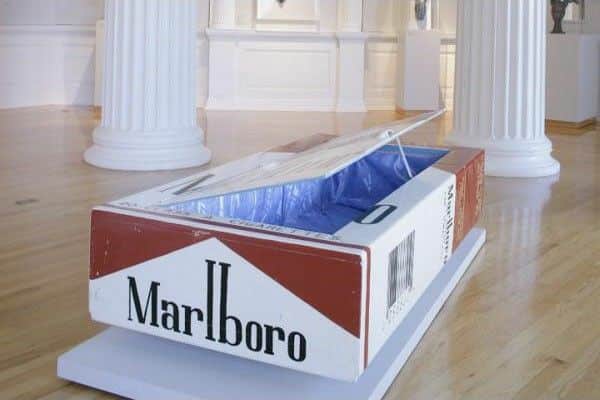 Ghana fantasy coffins. In Ghana, people aspire to be buried in coffins that represent their work or something they loved in life. These so-called ‚”fantasy coffins‚” were recently popularized by Buzzfeed, which showed images of 29 outrageous ones, from a coffin shaped like a Mercedes-Benz for a businessman to an oversized fish for a fisherman to a really big Bible for someone who loved going to church. [Buzzfeed]

If you are interested in becoming a funeral celebrant have a look here.