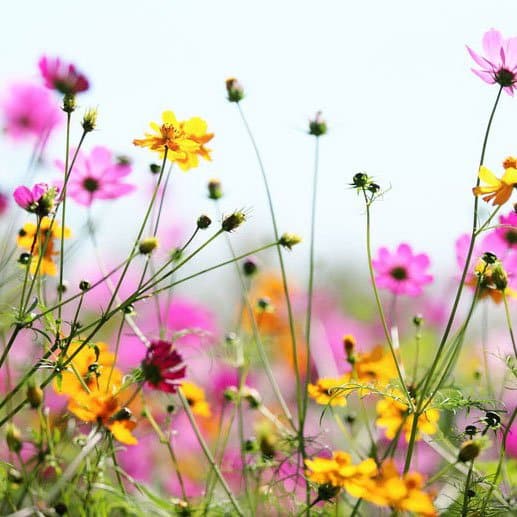 Natural Burial Grounds were pioneered in the UK. Natural burial is the interment of the body of a dead person in the soil in a manner that does not inhibit decomposition but allows the body to recycle naturally. It is an alternative to other contemporary Western burial methods.

A wide variety of land management techniques, such as sustainable agriculture, restoration ecology, habitat conservation projects, and permaculture, may be used to maintain the burial area in perpetuity. Landscaping methods may accelerate or slow down the decomposition rate of bodies, depending on the soil system.The body may be prepared without chemical preservatives or disinfectants such as embalming fluid, which might destroy the microbial decomposers that break the body down. It may be buried in a biodegradable coffin, casket, or shroud. The grave does not use a burial vault or outer burial container that would prevent the body’s contact with soil. The grave should be shallow enough to allow microbial activity (3 to 4.5 feet) similar to that found in composting. If the burial is any shallower there is the significant risk of attracting the unwanted attention of local wildlife (foxes, badgers, cats and dogs) Natural burials can take place both on private land (subject to regulations) and in any cemetery that will accommodate the vault-free technique.

The primary purpose of embalming is to delay decomposition long enough to allow the body to be viewed. Although this delay might be considered inconsistent with the objectives of natural burial, non-toxic and naturally derived embalming fluids without formaldehyde or other bio-accumulating elements may address many current concerns about ground contamination.

The UK does not require the routine embalming of bodies (unless body is repatriated). “Post mortem” (usually within 24 hours of death), mechanical refrigeration, chilling with dry ice, or some other technique can be used instead. The goal of cooling is to reduce the body’s temperature to about 37 degrees F, retarding the microbial growth present during decomposition. Many cultures around the world use no artificial cooling at all, and bodies are regularly held for several days before their final disposal.

Special circumstances, such as an extended time between death and burial, or the transportation of remains on commercial flights (which often require un-embalmed bodies to travel in expensive specialised containers), may necessitate embalming.

The most common embalming fluid is composed of organic chemicals and contains 5-29% formaldehyde, ethanol and water. This solution is biodegradable in time, but it cross-links proteins found in tissue-cell membranes, slowing down bacterial decomposition and inhibiting the body’s breakdown in the earth. The ability of embalming fluid to contaminate soil or water tables has not been studied thoroughly. In alkaline soils, formaldehyde would be broken down through the Cannizzaro reaction and become Urotropin, but not all soils are alkaline.

Formaldehyde is a suspected carcinogen and damages the health of workers exposed to it in high quantities. It is implicated in cancer, Amyotrophic lateral sclerosis, disorders of the nervous system, and other ailments. The HSE has the power to require embalmers to wear respirators if the Permissible Exposure Limit air exchange allowance is exceeded, which may put funeral home workers at risk.

Natural coffins are made from materials that readily biodegrade. Ideally the materials are easily renewed or recycled and require less energy for their production.
Coffins (tapered-shoulder shape) and caskets (rectangular) are made from a variety of materials, most of them not biodegradable. 80‚-85% of the caskets sold for burial in North America in 2006 were of stamped steel. Solid wood and particle board (chipboard) coffins with hardwood veneers account for 80-85% of UK& Australian sales.

Most traditional coffins in the UK are made from chipboard covered in a thin veneer. Handles are usually plastic designed to look like brass. Chipboard requires glue to stick the wood particles together. Some glues that are used, such as those that contain formaldehyde, are feared to cause pollution when they are burned during cremation or when degrading in the ground. However, not all engineered wood products are produced using formaldehyde glues.

Caskets and coffins are often manufactured using exotic and even endangered species of wood, and are designed to prevent decomposition. While there are generally no restrictions on the type of coffin used, most sites encourage the use of environmentally friendly coffins made from cardboard or wicker. A simple cotton shroud is another option.

Memorialisation
Natural burial grounds employ a variety of methods of memorialisation. Headstones, tributes, and other common markers may be allowed or prohibited. Trees, shrubs, and flowers planted on or near the grave can provide a living memorial and help create habitat. You could even have a flat stone made of reconstituted marble with a solar cell and GPS chip embedded- family can find exactly where you are by downloading an app – progress I guess. Irrigation, pesticides, herbicides, and synthetic fertilizers may be significantly reduced or eliminated altogether in favour of non-toxic and less resource-intensive plant management.

History
Natural burial has been practiced for thousands of years, but has been interrupted in modern times by new methods such as vaults, liners, embalming, and mausoleums that mitigate the decomposition process. In the late 19th century Sir Francis Seymour Hayden proposed “earth to earth burial” in a pamphlet of the same name, as an alternative to both cremation and the slow putrefaction of encased corpses.

Here in the UK, The Association of Natural Burial Grounds (ANBG) was established by The Natural Death Centre charity in 1994. It aims to help people to establish sites, to provide guidance to natural burial ground operators, to represent its members, and to provide a Code of Conduct for members. The NDC also publishes The Natural Death Handbook.