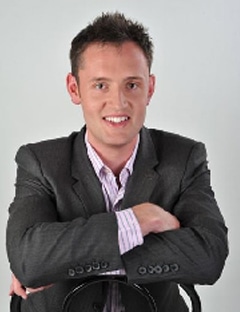 My name is Lee Axford and I live in Cheltenham. I was educated at Balcarras School and eventually Dean Close where I have two scholarships in music and languages. I only recently decided to become a civil celebrant after attending a gay wedding in Bristol, my second gay wedding for that matter, and I was so bowled over by how marvellous and inspiring the ceremony was that I decided I wanted a more hands-on involvement in the industry. I also recently attended a funeral in Cheltenham and was so impressed by the celebrant who was leading the service with such dignity and care that everybody in the congregation left the ceremony with a feeling of comfort and warmth which is so often not there in mainstream celebrations of life.
This inspired me even more to want to add my own skills to an industry which brings both peace and happiness to people in some of the best and worst moments of their lives. What I didn’t mention is that I wasn’t attending as a guest at these ceremonies: I was attending as a musician.
I have worked professionally as a pianist and organist for almost 16 years now. I was 14 when I started and have ended playing all over the UK for more people that I can possibly recount. I have played for some pretty amazing people including celebrities over the years, which I am too discreet to name. As well as working as a musician, over the last ten years, I have been to college to study counselling, taken two trainings in hypnosis, one in hypnotherapy and one in neuro hypnotic repatterning, studied NLP (neuro linguistic programming), been to University of Gloucestershire to study Performing Arts, run a London PR agency from Cheltenham with a friend of mine, set up and run a personal makeover company in Gloucestershire and spend a six month stint living in Spain.
Every one of these experiences brings valuables into my new career. My hobbies include reading – Bill Bryson is a favourite, travelling, playing my instruments – piano, organ and latterly flute, languages – Spanish and French, English linguistics, walking, cycling, coffee, coffee and more coffee, history and I practise martial arts three times a week. The reason for the slight career shift from keyboard to lectern is because, as much as I love being a musician, and I always continue to be a muso, I love working with people, more: I love helping people, and knowing that the work I have done has made a real difference to someone’s life.