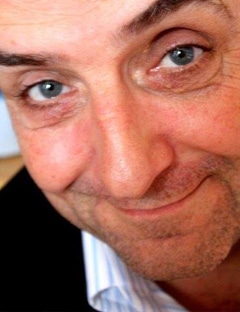 Hello, my name is James Convery and I am a Family & Funeral Civil Celebrant. I currently reside in Lancashire.

Upon leaving school I joined the Royal Air Force and became a radar & communications engineer. Over the ensuing years I earned my spurs - I fought, travelled the world, drank beer, scuba dived, played rugby, married and had three wonderful children, bought a house, then got divorced.

Back in Civvie Street I became a Mortgage and Insurance Broker, before deciding to get educated. Gaining a BA in Law, MBA and a PGDip in Law, I qualified as a barrister.

Whilst at University I worked for Marie Curie, providing palliative care in the home to the terminally ill. I also lectured Law & Business at a number of colleges and universities in Lincolnshire and Leicestershire. Following this I became a Director for a recruitment, training and employment consultancy.

In 2007, I went back to Law & Lecturing. Now in my 40's - I was attending an ever increasing number of funerals for family and friends. Apart from the names of the deceased, the ceremonies I attended were very much the same - I found this to be a terrible way to pay tribute to those that had died. The seed was sewn.

Starting with my step-father, I wrote my first eulogy - which was personal, meaningful and heartfelt. This ceremony was well received. There were as many tears of laughter as there were of sadness, resulting in a fitting tribute free from dogma. Over the next couple of years I was asked to deliver several funerals and weddings for friends and family, and came to realise that secular ceremonies were the way forward. If only the public were aware that this was possible.

The UK Society of Celebrants was founded by a select group of like minded people. Now an established, forward thinking professional body, setting industry standards. We support our independent members and provide celebrant training to budding and existing celebrants, regardless of their religious or cultural affiliations.

Whilst continuing my celebrancy practice, my efforts are now centred on training and supporting other celebrants. It is the most enjoyable and fulfilling work I have ever done. I endeavour to provide both celebrants and clients with what they want in the way they want it. A truly bespoke service provider.

Say NO to the "painting by numbers" approach to wedding, funeral and naming ceremonies provided by religious ministers, registrars and some celebrants. Say YES to bespoke ceremonies, tailored to your requirements, that are personal, meaningful, inspiring, and free from the influences of religion and government.