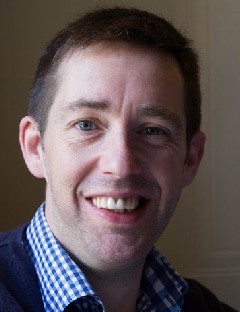 My career has been varied; from being a piano salesman, clockmaker’s apprentice to a university lecturer but ultimately, it has been primarily dominated by music.  I left school at 13 and nursed my grandmother for four years until her death.  During this time, I became a semi-professional pianist.  In 1994 I took a full-time job in a local music shop selling pianos as something to provide a steady stream of income whilst still performing as a pianist.  It was at this time that I also became a church organist – a job which I loved.
Despite being an atheist I found that many people took great comfort from the church.  I feel passionately that being non-religious, as I am, doesn’t mean that you can’t be caring, compassionate and empathetic. In 2001 I began studying Performing Arts at university as a mature student.  In 2002 I was asked to lecture on certain modules during my time of study.  I graduated with a first class BA(Hons) degree and was immediately employed full-time by the university in which I trained.  I have significant experience in public speaking ranging from my 13 years as a university lecturer in singing, after dinner speaking, being a choral and musical director, singer and comedian.  In 2005 I formed, and was musical director of for 9 years, Brampton and District Choir which is a community choir that currently has 60 members.
My own interests include collecting books and clocks, woodworking and I’ve recently built a classical organ for my home.  For ‘fun’ I’ve recently begun studying for advanced diplomas in piano performance.  I’m enjoying the challenge and it is giving me a productive reason to practise the piano for several hours each day.  I’ve recently gained the Associate of the London College of Music (ALCM) diploma, the Licentiate of Trinity College, London (LTCL) and have begun studying for the Diploma of the Associated Board of the Royal School of Music (Dip.ABRSM) at the moment and Licentiate of London College of Music (LLCM) concurrently.
My partner and I have been together since 1998 and had our Civil Partnership in 2011.  Our joint interests include food, wine, music and holidaying in France.  Since his retirement in 2006 we’ve been very lucky to have the opportunity to develop our mutual interests and enjoy life making memories together. For several years, organ playing was my main source of income and I’ve now played the organ for in excess 2,000 funerals – around 50% of which were in crematoria.
This is a job I’ve recently gone back to since leaving my job as a lecturer.  I also have a small, private register of piano and singing students. When I’ve played for religious funerals or weddings, rather than secular, I was often left with a feeling that the service itself was more important than the reason for being there, i.e. to pay tribute to and celebrate the life of the person who has died or, in the case of a wedding, to join together in the happiness of the couple and their commitment to each other.   Often it felt as though the service sheets said ‘Insert name here’.  As I’ve got older I’ve felt more and more strongly that it shouldn’t be the case which is one of the reasons why I’ve chosen to train as a celebrant.