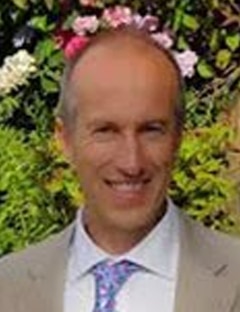 I never planned to train as a Celebrant. The seed was sown when a friend told me about a young man who came to visit her after her mother died and helped her prepare the ceremony for her mother's funeral. She did not even know what the young man's job title was but whatever it was she thought I would be good at that. Raised a Catholic I have attended many Catholic funerals but rarely felt satisfied with the experience with one exception.
A good friend of my father's died ,a man who I also knew well from going to football matches with him and from house parties. And he had his party piece, a glorious rendition of Danny Boy. A sufficient number of whiskies and it was time for Danny Boy. No party was complete without it. Today I have no memory of any hymn played at any funeral I attended when I was younger but I remember the playing of Danny Boy at Joe's funeral like it was yesterday.
It was the first time I had heard such a personally meaningful song in a religious context and there was not a dry eye in the church. But come ye back when summer's in the meadow and let us celebrate your wedding together and name your child. Whether you are marrying in a hotel or under a tree, at a football ground or in your castle we can create a ceremony to capture the joy of the moment and the passions in your life. I also have experience of Shinto and Buddhist ceremonies as well as weddings in Thailand should you want a something just a touch different. I am 54 now and have worked in local government and in marketing in the private sector.
After a time not working because of illness(M.E.) and caring for my parents, I trained as a celebrant with UKSoC. I am now available to celebrate the life of your loved one or your wedding or be there at the naming of your child. Anything is possible and hopefully together we can create a life centred, truly bespoke and memorable occasion.