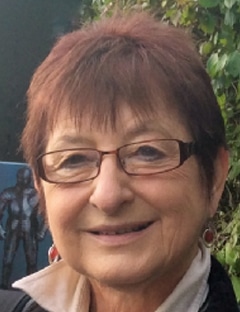 I trained as a Barrister at the LSE and am a member of Middle Temple. I also trained as a Teacher at Mather College, Manchester.  However I have spent my career  thus far as a writer, theatre director and radio producer. I worked for the BBC as Senior Drama Producer for Radio 3 and Radio 4 for 12 years in London and Birmingham, and have to date directed over 300 plays.
My work on radio includes COMEDY OF ERRORS, THE TEMPEST,  SHE STOOPS TO CONQUER and WALLIS- the Life and Times of Wallis Simpson. Radio awards include two for ALBION TOWER -Sony Gold & CRE (Commission for Racial Equality) and Talkies Award for THE PIANO. Over 150 Theatre productions including - BREAKING THE CODE, TORCH SONG TRILOGY and DR FAUSTUS ,which also received awards. I have run 3 Repertory Theatres, The Pitlochry Festival Theatre, The Chester Gateway Theatre and the Nuffield Theatre, Southampton. For the last 6 years, I have been Artistic Director of the Bristol Old Vic Theatre School before leaving in 2013 to resume my freelance career.
I have directed in Theatres all over the British Isles, most recently The Mill at Sonning, The Bristol Old Vic, The Tobacco Factory and The New Vic at Stoke on Trent. I have now resumed my career as a Freelance director and writer. My latest writing credit is the touring production ‘Larkin’About’ based on the wit, words and women in Philip Larkin’s life. As a Freelance Radio Director I have directed THE ARCHERS and I tour with a stage production of and AN EVENING WITH SUNNY ORMONDE (Lilian Bellamy from The Archers) I am a trained Celebrant, Co-Councillor and attend a local Death Café. I loves travel, reading and the countryside. I live in Stratford on Avon with my partner, son Jake and cat Hecky.