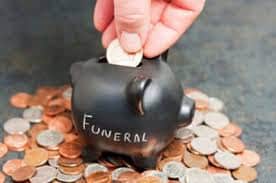 How much does a funeral cost?

These days a typical funeral using a funeral director costs around £3,800. However, you can pay much more or less than this, depending on how you want to remember the person who‚’s died, what you can organise yourself and how much you can afford to pay.

Some people write in their wills what they want for their own funeral and this could affect the cost, depending on their wishes. If they didn’t make plans for what they wanted, you don’t have to follow these instructions if you can’t afford to pay for them.
Although it’s important to take the deceased wishes into account, you also need to work out what you can afford to spend on the funeral.
You may also have other immediate expenses or find that you suddenly have to manage on a lower household income, so it’s important to stick to a budget.
If you are on a low income and claiming certain benefits, you may be able to get help with the essential costs of the funeral from the Social Fund.
You could try to talking with family and friends to see if it’s possible to carry out the deceased’s wishes or if there are other more affordable ways to give them a fitting funeral. For example, how much it would matter if the deceased were to be cremated or resomated rather than buried?
Find out more about who is responsible for the costs of a funeral and help that may be available in Paying for a funeral.

Funeral costs can vary significantly. So while you may find it difficult at this time, it’s important to compare quotes from several funeral directors, caterers or florists to make sure you’re not paying too much.
Most people use a funeral director to arrange a funeral.
It can take away much of the administrative stress that comes with planning a funeral and can give you the time you need to deal with your grief.
When looking for a funeral director, choose one from either:
Funeral directors from these self-regulated associations operate under a code of practice and have an established complaints procedure.
They should respect your choices, give you a full range of options and not put you under pressure to spend more than you can afford. If you feel this has happened, you should complain.

Typical costs for arranging the funeral

On average, funeral director services cost about £2,200. These costs include storing the body, providing the coffin, hearse and staff on the day of the funeral. Generally, they won’t cover disbursement costs.
Disbursement costs are fees for burial, cremation, doctors and ministers or celebrant services. They can add up to £1,600 onto the cost, depending on whether the deceased is buried or cremated.
Remember every aspect of the funeral is your decision, whether you use a funeral director or make some or all the arrangements yourself.
Don’t feel pressurised into spending more than you want to or can afford, simply because you feel you have to put on a show of respect. A simple funeral can be as dignified and fitting as one which costs a lot more money.
Some funeral service providers may offer a package price. This could be made up of some elements you have to pay for and some optional elements.
It’s worth asking for a detailed quote to find out what services are included in the package. If the quote includes services you don’t need, request a revised quote without them.
Before contacting a funeral director, you can use our table of costs below to find out how much you can expect to pay for a typical funeral.
The tables include items many people choose to include, such as a coffin or hearse, as well as optional items.

Optional costs of a funeral

There are some additional services which you can add to a funeral. On average these can add another £1,800 to the bill.
Remember, these aren’t essential costs. But if you do want to include them, it‚’s important to get several quotes as costs can vary a lot.
This is one area where it’s easier to save money by making some of the arrangements yourself or asking family and friends to help you.

You can arrange a funeral yourself, or make some of the arrangements yourself. This can cost you a lot less than using a funeral director.
The Natural Death Centre gives advice on how you can save money on all aspects of the funeral, including the coffin and burial fees.
Find out more on the Natural Death Centre website.
You can also contact the Cemeteries and Crematorium department of your local council directly if you want to arrange a cremation or burial yourself and they will be able to guide you through the process.
Find your local council on the GOV.UK website.
Source: The data in this article has been provided by a variety of Insurance and Government Agencies.