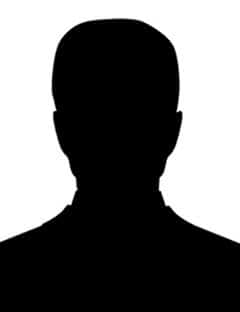 Indonesia has become my home. To be able to say this is a great privilege and I count myself so lucky to have been able to create a life here. I was born in Devon in the ‘West Country’ of England to a British father and Indonesian mother. My father worked in the oil industry, which, in the 1970s, meant a lot of travelling. Within a week of my birth I was in Egypt and my ‘home’ changed fairly frequently over the first 10 years of my life, due to my father’s postings, allowing me to grow up all over the world, including living in France, Holland, England, Japan, the US and of course, Indonesia.

Once I was 10, my father decided it was time for the family to settle. I was at the age where educational stability was important and the decision was made to live in Surrey, England. I spent my formative years at Reed’s School for boys in Cobham, Surrey, and then went on to study Developing World Studies and Geography at the University of Middlesex.

However, after a year at university, my feet began to itch. After all, I was barely 19 and had gotten a taste of independence and I decided I wanted to see the world that I had been studying. So, I left uni and got a job at a well-known British supermarket stacking crisps and cereals in order to save money to travel. After 6 months, armed with a little bit of cash and an overstuffed backpack, a friend and i headed on a 6 month journey through India and Nepal. This epic adventure changed my perspective of the world and the course of my life. Upon return I tried another year of uni but the dang feet wouldn’t stop itching.

Fast forward 20 years and I have travelled all over Asia, based myself in Jakarta, Indonesia, and have established a beautiful family and a wonderful life in a place I read about in all those textbooks back at Uni. I’ve spent the last 17 years teaching English, after becoming CELTA qualified, starting at a well-known Language school. I then went on to start my own school and have spent the last 6 years as an academic English lecturer at an international university.

Now, as we enter our 40s, my gorgeous wife and I have decided to move with our 2 awesome kids from the hustle and bustle of one of the world’s most congested cities to the more tranquil ‘Island of the Gods’, Bali, where our children can see another side to this wonderful country. Our lives are about to change once more as we go into the business of celebrating love, with my sister, with our own wedding and events family business on a small island in Indonesia, my home.