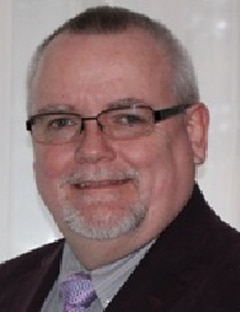 I was born and bred in the south east Lancashire coalfield town of Atherton and was the youngest of two sons. I spent my primary education at St. Georges C. of E. School and then moved to Leigh Boys Grammar School to continue my education to the age of 18. I then went to university to read animal physiology and nutrition before going on to train as a teacher.
I spent nearly 30 years in the classroom as a class teacher, pastoral and curriculum manager. I have been a member of the Scout Association since I was 7 years old and has held many roles at Group, District and County level. During this time I worked as an entertainer, performing across folk clubs in the North West, and working as a DJ, radio presenter and compere.
I currently sing with my local church choir and occasionally with larger choirs to sing pieces such as Handel’s Messiah and Vivaldi’s Gloria. I also do a lot of work for charity and have raised large sums over the last 40 years for many local and national charities. Often through quiz nights, raffles and tombolas. I was forced to retire from teaching in 2006 due to medical issues and after I made a suitable recovery I went to work as HR manager for a local merchandising company which closed in December 2008 following financial problems due to the recession. Divorcing early in 2009 I moved to the Reading area to be with my current wife. Always a family man I have two sons from my first marriage and three step children, one daughter and two sons, from my second.
I also have three grandsons whose company I enjoy very much. Unable to find suitable work, after I moved, I followed my second love, cooking, and went into contract catering. I decided to leave catering following changes to my role that I was unhappy about. Now semi-retired, I have chosen to become a civil celebrant.
Unafraid of speaking to large and small groups of people and being able to offer a high level of professionalism in all I do makes me ideal for this new role. Being able to help people at a time of grief is very rewarding; I believe I can offer a highly tailored service to meet the individual client’s needs. Likewise, I enjoy tailoring ceremonies for marriage, civil partnership and naming - working with my clients so that they can have the special day they truly want.